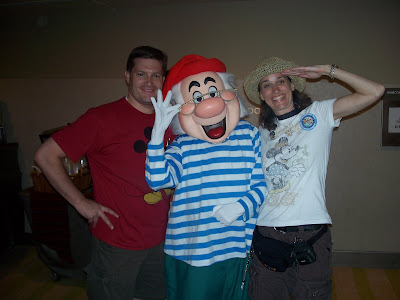 Because we were a large group we were booked as a Magical Gathering. This allowed us to participate in things that the general puclic does not have access to. One of which was the Pirate Fireworks Voyage. We started off in a room where they gave us lots of snacks and drinks. We got to meet Smee and Captain Hook. Halley and Cap't Hook had a crush on each other. It was cute to see them interact with each other. 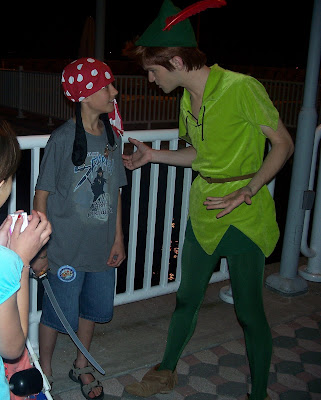 The Seven Seas Lagoon is the huge body of water that a few delux resorts sit on including The Polynesian, and the Grand Floridian (which is where Princess Di stayed during my honeymoon). This lagoon is where we started our Fireworks cruise where we played games, sang songs, and watched the Magic Kingdom fireworks show 'Wishes'. Afterwords we got to meet Peter Pan. I think Spencer regressed to being a little boy because he used to pretend to be Petah. 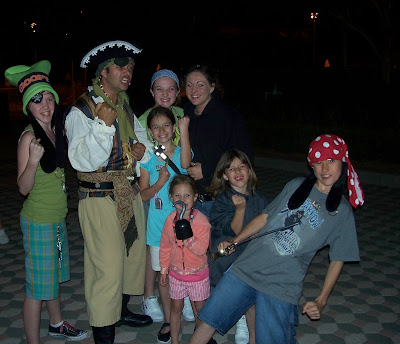