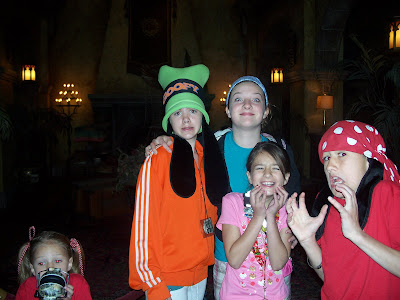 We started off our day at Disney's Hollywood Studios which used to be known as MGM Studios. We decided to tackle Tower of Terror. For those unfamiliar it is thrill ride where you are in an elevator that rises and drops..possibly multiple times. The drops are managed by a computer so every ride is different. Sometimes you shoot up to the top the elevator doors open showing you how high you are and then drops you. It may drop you part way and shoot you up again or it may drop you all the way. Sometimes the ride begins with a drop and then shoots you up to the top. My favorite is when it shoots you up and drops you without stopping at the top. I can't tell you how many times I rode it. It has replaced Pirates of the Carribean as my number two. Halley rode it and did great. I asked her if she wanted to go again and she said no. It was Lindsay's favorite. 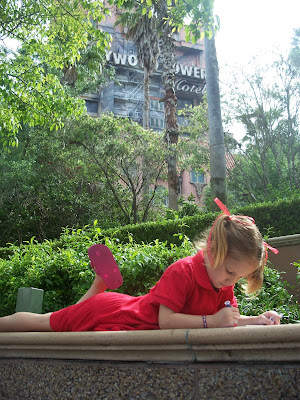 Here we are killing some time waiting for everybody to ride Rockin' Rollercoaster. I grabbed a child swap pass so me and two others can go through the fastpass line when they are done. 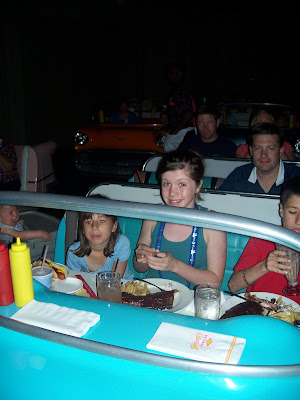 This is the restaurant we ate at that night. It is called the sci-fi diner. The setting is a bunch of cars as tables and we are watching a sci-fi movie at a drive-in. It was such a fun theme. The best part is that they kept the lighting low so you couldn't see what a huge mess Evan made with Shane's BBQ ribs. 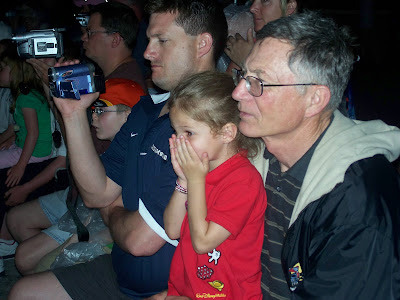 The night ended with the show Fantasmic. It was the only time we had to deal with rain and it was minor. After going to Florida with their famous rain showers I am sold on going in Apr/May. We had gorgeous weather. Back to Fantasmic. It is an amazing show that combines laser lights, Disney Characters, movies, music and a little magic. A great way to end the night....after a quick ride or two on Tower of Terror!