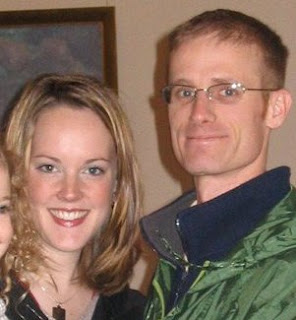 While Jecque and Shane were celebrating their 15 year of bliss Justin and I were totally oblivious to the day. It was 9:30 at night and Justin was watching the Olympics on the floor and I was crocheting on the couch when the light went one. I nudged him with my foot and said, "Hey you, happy anniversary." We laughed because we both totally forgot, which is much safer than one of us forgetting and the other one holding a grudge. We had a niner of a 9th anniversary. Can you say "Hello Hawaii!" for our tenth? I sure can.

That cracks me up! Shane woke me up in the morning to wish me a H.A. and I said oh yeah! I can say Hawaii for you!

Too funny! I can totally picture that for some reason. Happy Aniversery!