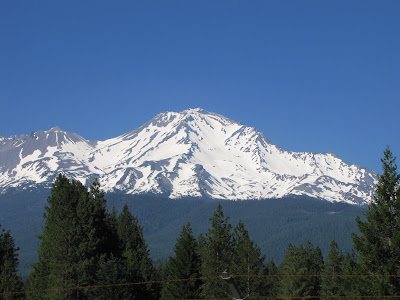 This picture is proof that we live in God's country. Shane's mother's family was in charge of their family reunion and since the majority of them live in Yreka they decided to hold it in Lake Siskiyou just outside of Mt. Shasta City. 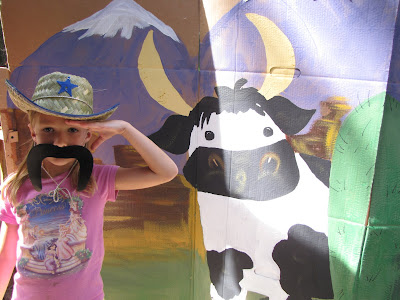 Aunt Do was in charge of decorations..of coarse...and we had a western theme. Halley...you are a gomer! 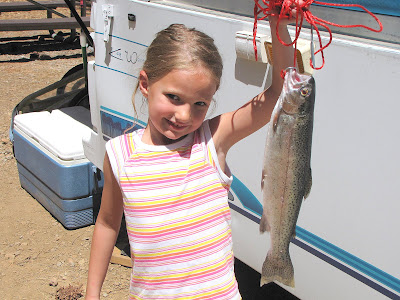 That's right! Hal caught a fish. We went for a boat ride and while trolling Halley asked if she could fish. Five minutes later we realized she had caught a fish.... a 16 inch rainbow. She was so excited and grossed out at the same time. She proudly walked up the boat ramp holding her fish informing all the the fisherman that she just caught a fish. They were all jealous. 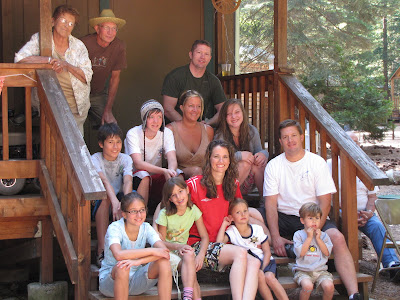 Here is Dona and Glen and the family that they are so proud of: Sean (Shane's older brother a local fireman, Maddie his youngest heading to high school, Storie his wife, and Jessie his next oldest. Kaylie had to head home for work. Spencer a soon to be freshman (gasp) Breanna an almost 7th grader (bigger gasp) Lindsay Jeanne will be in 4th, Halley is headed to 1st grade, and Evan 3.) I'm glad we could be there for Dona.