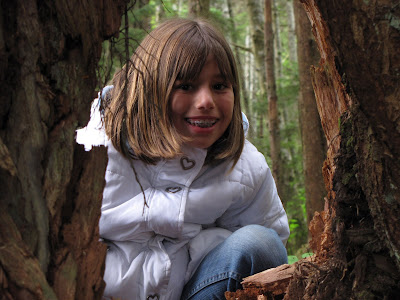 I may have to come back to Skagway but for now I will move on. We caught our next ferry where we had state rooms. It was definately a plus because I was with all 5 kids and no husband. I had family there to help but it was difficult physically and emotionally. It was nice to have a place to crash and where Evan could be free. We headed to Sitka along some of the most gorgeous sights ever imaginable. Cruise ships can not go through the Narrows because it is, well....too narrow. Most people who see Alaska do not get to see the amazing scenes that we saw. Completely breathtaking! They call the ferries a Poor Man's Cruise...we were the fortunate ones. 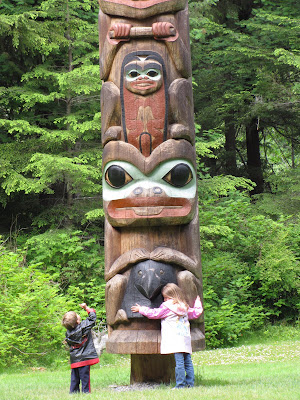 Sitka is such a beautiful island, I wish we had more than a few hours, but we were at the mercy of the ferry schedule. There is a neat park called Totem park where several Totem's are along a beautiful nature trail. It was nice to get to stretch our legs on a beautiful hike. 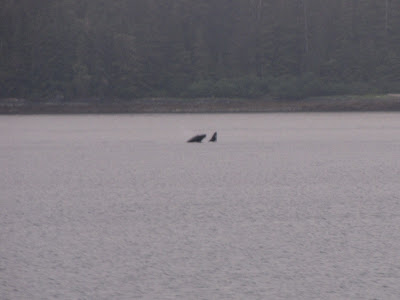 Yes, we had several whale sightings, however I always had to drag Evan around with me watching over a toddler who loves his freedom...and I am speaking of the run away from Mom kind of freedom. It was hard to get my camera out and watch for the breaching while holding on to his hand ...or leg or hood or ear. Here is a mama swimming with her baby...see it's not just me. She probably wants to hang with the gals but has to stay and swim with her little guy. 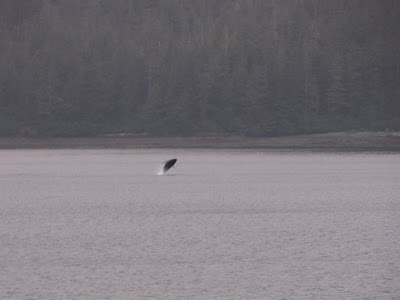 Apparantly he loves his freedom too!!

Those are the best pictures I have seen of the whales!