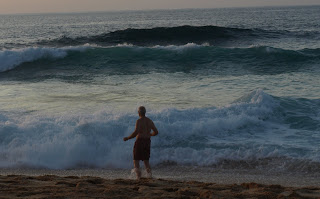 Whereas we didn't take much time for swimming, the world-class beaches and amazing waves were unbelievable. 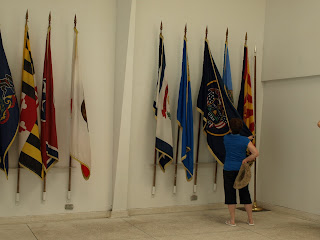 We visited the memorial to the servicemen who lost their lives in the Pearl Harbor attack. It was moving to think of how close to our shores the attack came, and how many unsuspecting servicemen still lie at the bottom of the harbor. 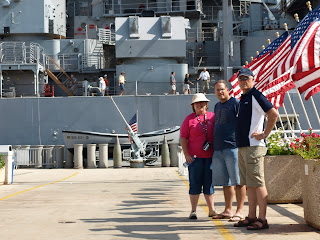 This is the battleship Missouri. It has been deactivated since Desert Storm in which it fired the first volleys. It is more renowned as being the site where the Japanese surrender took place when WWII came to an end. It is docked in Pearl Harbor adjacent the the USS Arizona memorial. 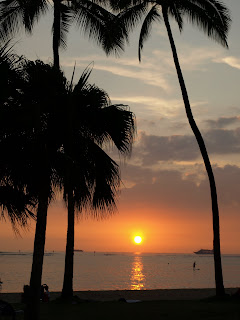 Before leaving Ouahu we visited Waikiki Beach in Honolulu. This sunset scene was taken from there. 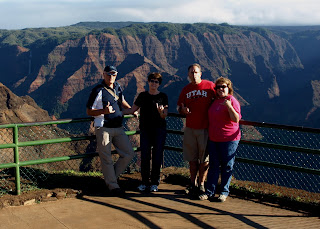 In Kauai we were driven to the highest lookout in Waimea Canyon, and then biked the 17 mile distance to the bottom. It was all down hill, and a nail biter at times. Mark burned out his brakes and had to get a replacement bike. 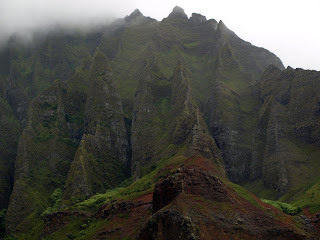 Perhaps the most impressive sight we saw on our trip was the cliffs at the Napali Coast. We paralleled this coast in a catamaran for 19 miles of the most beautiful scenery I can imagine. Many movie scenes have been filmed in or around these cliffs. They are the second highest in the world -- topped only by the cliffs of Molokai, the next island south of here. 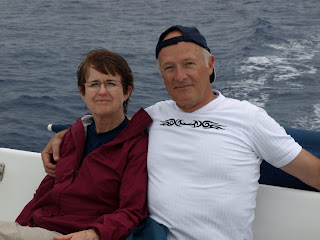 This picture was taken during our catamaran cruise of the Napali Coast. 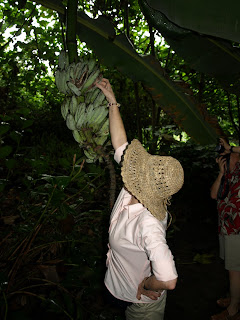 Jeanne had to make sure we all ate enough fruit -- here seen raiding a banana tree. The fresh fruit here was to die for. We had no problem satisfying our nutritional needs. 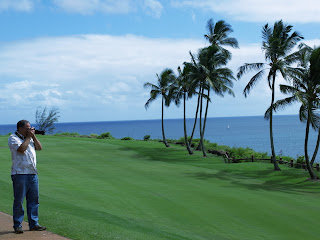 I have never seen a more beautiful golf course. How would you ever concentrate on your game. Unfortunately, I never had a chance to find out. 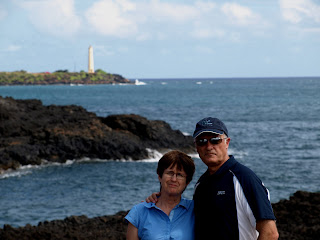 One more lighthouse before heading home. Leaving Paradise was not easy -- especially knowing we were going back to October in Petersburg. 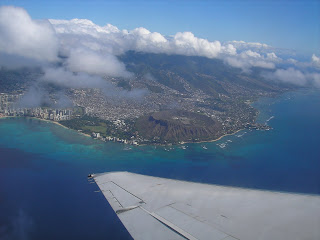 This last glimpse of Oahu was shot from the plane on the way home. You can see Diamond Head very clearly at the bottom of the picture.

Looks like the vacation of a lifetime. Beautiful pics.

What didn't you do in Hawaii? Still thinking of retiring in OR?