The Kids Are Home Again -- At Least Three of Them 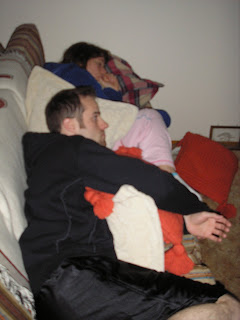 Well, the 3 youngest have come back to the Frozen North -- at least for the summer.

It looks like rest and recuperation are the first thing on the agenda.


We had a warm and sunny Independence Day and the parade was as big as ever. Two times around the block make it seem twice as long and make each entry unforgettable. 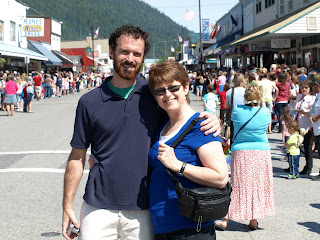 We drove out to Banana Point to help Jeff remember just how large the island is (that's a joke). We gathered rocks for a landscaping project I had, and found time for some rope swinging. 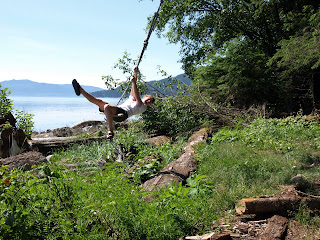 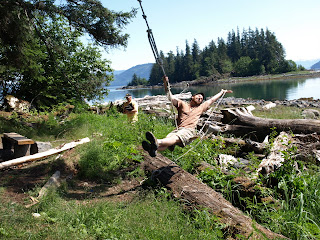 Not much time spent with Jordan. He's been out commercial fishing -- first with Kirt Marsh and then with Scott Newman.
Fishing has been pretty good, so if the prices hold up he should have a profitable summer. 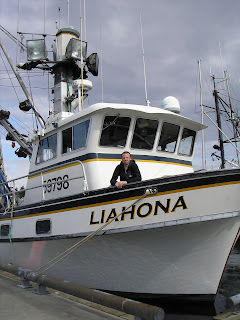 The Ohmer Creek Trail was our first training hike for the big Chilkoot Trail scheduled for the end of this month.
The obvious exertion is overwhelming. 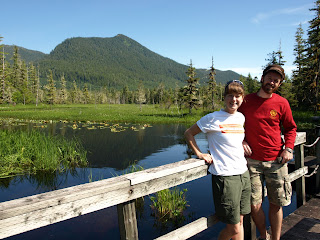 The next event was the tote race. Jessica teamed up with three of her friends and showed unsurpassed skill in winning this close race. 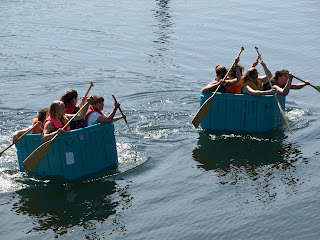 Next, Jeff shows that New Yorkers have outdoor skills too, teaming up with his sister for a humiliating loss. 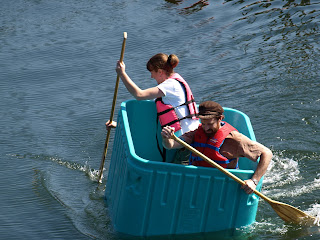 No wonder they lost. They're doing it wrong. 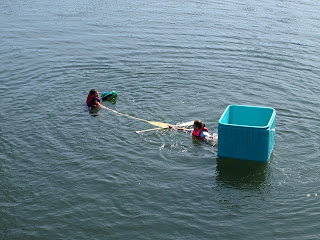 Next the Kid from the Bronx shows off his skill at the log roll. 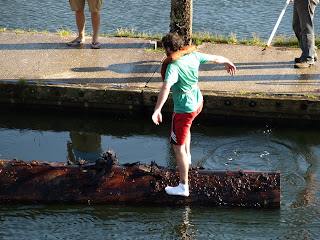 The agony of defeat. 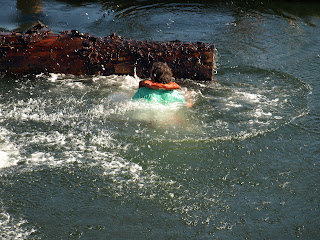 Baby sister shows him how it's done, easily upsetting her first opponent. 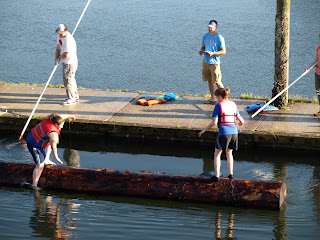 But now it's her turn to taste the cold consequences of defeat. 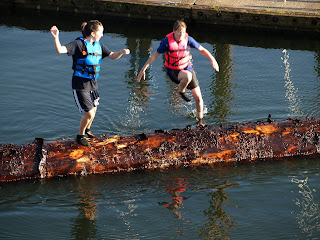 No pictures are available for the 4.6 mile walk in which Jessica took third for 15-29 age group; and Jeff took 5th for the 50 years and over group. Wow, New York has really aged him.
The summer has been fun -- and it's not over yet. More to follow.

It looks like everyone's having a good time. I wish we could be there too. I didn't know Jeff was up there. How long is he staying?

Can I just say that I L.O.V.E. the picture of Jeff swinging. I laughed for like 20 mins.

tote race ... brilliant. they should fill the totes with crabs and then see how fast you paddle to get through that race.